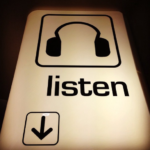 This was originally posted on Medium.

It is a widely-held belief that journalists, particularly investigative journalists, are a breed apart. Long suffering, idealistic and over-worked, today’s journalists are not only expected to be expert in everything they write, but also be adept at producing content for multiple platforms and be social-media whizzes to boot.

Today’s journalism schools each year churn out thousands of would-be cub reporters who are all too aware that the number of journalism jobs continues to decline, and that to secure jobs that are available one has to be ready to move to wherever their career takes them.

To say that competition for jobs is fierce would be an understatement. Today’s editors and publishers have their pick of graduates from top journalism schools to choose from. As a result, diversity and representation of the local communities that these news organizations serve continues to be a casualty and represents a significant shortcoming in today’s extremely fragile media ecosystem.

Is it any wonder then that the residents of our communities — the very people that journalists are committed to inform — have such little faith and regard in the chronically-shrinking pie of local and community news? Is it any wonder, that our youth and ethnic minority populations would ratherget their news and local information from their peers than from the professionally-staffed news organizations that so many of us have for so long revered?

While there is no one solution to both the underlying economic and social problems plaguing journalism today, there is a new way of thinking and methodology for producing news that changes the relationship between the reader, community and the newsroom in fundamental and promising ways: public-powered journalism.

As Jennifer Brandel, CEO and co-founder of Hearken and one of the thought leaders and innovators in the public-powered journalism space writes:

“How do newsrooms know the stories they report are stories their audience wants or values?… While oftentimes journalists make great choices and have noble measures for decision-making, they’ve been protected them from the messy business of actually learning what their communities want to know and then delivering it.”

Like many profound and transformational ideas, the theory behind public-powered journalism is very simple: figure out what people want to know about, by asking them what they wonder about or what do they not know that they’d like news organizations to help them find answers to. Then, follow-up on their ideas by doing journalism on the subjects and topics that they ask about, tell them what you find; even include them in the reporting process.

Sounds simple, right? In fact, Hearken is a technology and consulting service that powers a good chunk of public-powered journalism today. I should know, I consult with Hearken to help the organization bring this model of journalism to every newsroom that listens.

The fact is, the real difficulty in adopting the public-powered model is getting change-resistant journalists and editors to be open to it in the first place. It’s not that every story can or should be driven by this new paradigm. Clearly, there are stories and investigations that by necessity originate and be crafted in secrecy by highly-competent journalists and editors who do not release their work until it is well-crafted and ready. But even that traditional stance of holding information tight until publication is being questioned, thanks to pioneers in transparency like David Fahrenthold.

The vision at Hearken is that eventually one in four stories produced by all professional news organizations are public-powered. Imagine that: if one in four stories were guaranteed to be representative and of interest to the community that a news organization serves, then the public will not only find the content to be more relevant, but they will truly see themselves reflected in the news and value it — as well as the people and companies that produce it — more highly as well.

For nearly a decade now, I have had the chance to work with literally hundreds of news organizations of every size, medium and business model. I’ve also watched as the work of well-meaning and hard-working journalists goes unnoticed, under utilized and even maligned.

What is clear to me, and what has driven me to join the folks at Hearken, is that the public cannot and will-not appreciate or value journalism unless the journalism appreciates and values them. By bringing the public into the newsroom, even for a small percentage of stories, we can re-establish the social, cultural and economic bonds between professional news organizations, journalists and the communities that they serve.